Sudbury (official name Greater Sudbury) is a city of approximately 160,000 people, located in Northern Ontario, Canada. It is Northern Ontario's largest city in both area and population, and a major retail and service centre for the region.

Sudbury is one of the coldest urban cities in Canada and in the World. However, summers can be rather warm with many days above 20 degrees. Spring and fall can be both warm and cold, and it is not uncommon to see significant accumulation of snow during these seasons. Winter is not the time to visit, with temperatures reaching -40ºC or below at times, and -20º to -39º quite often. However, if you do choose to come to Sudbury in the winter, dress extremely warm and avoid being outside for a long period of time. 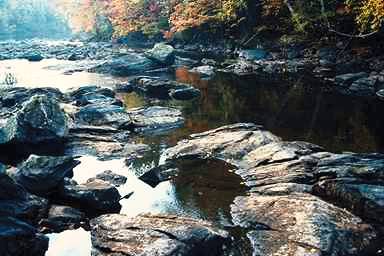 By car
Sudbury is served by three major provincial highways.
  Highway 17 leads west to Sault Ste. Marie, Thunder Bay and western Canada, and east to North Bay, Ottawa and the province of Quebec. A 20 km stretch of Highway 17 within the city boundaries is freeway, but Sudbury currently has no freeway connections to other communities.
  Highway 69 leads south to Parry Sound, where it becomes the Highway 400 freeway to Toronto. (Highway 400 will eventually extend all the way to Sudbury; however, this construction is not currently expected to be completed until 2017.)
  Highway 144 leads north to Timmins.

By train
Sudbury is served by VIA Rail service, through the Sudbury Junction rail station.

By bus
Sudbury is served by Greyhound connections to Ottawa, Sault Ste. Marie and Toronto, each of which connects to other communities, and by Ontario Northland buses to Timmins and other Northern Ontario communities and south through Central Ontario to Toronto.

By plane
The Sudbury Airport (YSB) is served by Air Canada Jazz, which provides six daily flights in and out of Toronto's Pearson International Airport (YYZ), and Bearskin Airlines, which provides flights to and from Sault Ste. Marie, Ottawa, Kapuskasing, Thunder Bay, North Bay and Timmins. Connecting flights to other communities can be made at any of these other airports.